For this purpose, in its capacity as advisor, the following year IPI identified the multinational SAMSUNG Group as the direct purchaser of the so-called “Diamantino” building, the younger brother of the Diamante Tower in Porta Nuova, Milan, designed by the US firm Kohn Pederson Fox, thus deciding to transfer its historical headquarters in Cernusco Sul Naviglio directly to the city’s most important executive development area, where the company took over a whole building, later renamed the SAMSUNG DISTRICT, ensuring the highest visibility and recognition.

The "Diamantino" stands on Viale della Liberazione, and consists of 10 floors above ground with a total surface area of around 14,500 sq.m. for a maximum of 930 employees in the offices and over 200 private parking spaces in the basement. The project has obtained LEED GOLD certification

In 2013 HINES ITALIA SGR, the management company in charge of the “Porta Nuova Varesine” real estate investment fund, was looking for companies interested in leasing and purchasing executive buildings under completion in the Porta Nuova area.

Some pictures of Samsung Headquarter 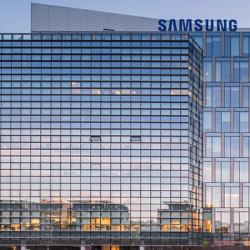 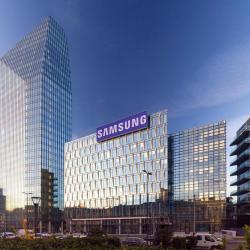 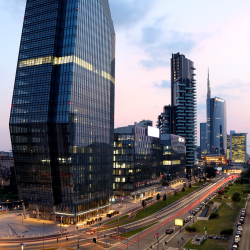 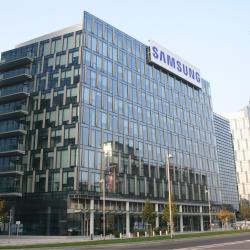 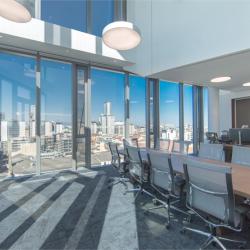